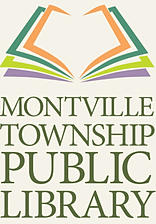 Montville "U’ - The World Series Scandal of 1919! - Library Auditorium
90 Horseneck Road
Thursday, Oct. 21, 1 p.m.
Lecture by Evan Weiner
One hundred one years ago, baseball’s World Series between the Chicago White Sox and the Cincinnati Reds was enveloped in scandal when several Chicago players conspired with gamblers to throw the games. It was a time when players associated with gamblers and fixing games was not uncommon dating back to the first professional games in the 19th century.  Why did it happen and could it happen again? Evan Weiner is a popular lecturer and author with a background inradio and TV. Registration required.  Space is limited.