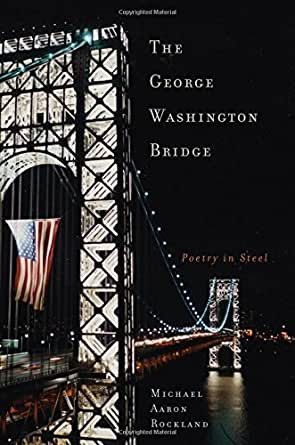 George Washington Bridge - Poetry in Steel
39 Keep Street
Monday, Sep. 21, 7p.m.
Michael Aaron Rockland, author and professor of American Studies at Rutgers University, will be speaking on his new book, "The George Washington Bridge: Poetry in Steel." An earlier edition of this  book came out in 2008, but MIchael was asked by Rutgers University Press to do a new edition with emphasis on the Bridgegate Scandal of 2013 which, as this is written, has still not been fully terminated. Bridgegate came at a time when Governor Chris Christie was considered the frontrunner for  the Republican nomination for president and Donald Trump an afterthought. The principal perpetrators in the case were tried in federal court in Newark, then in the federal appellate division in Philadlphia, and, in January, in the United States Supreme Court. Learn all about Bridgegate as well as the history of the George Washington Bridge. Michael  will also discuss just how a suspension bridge such as the George works and why it has been a boon to navigation and commerce.

He will have copies of the book with him at his presentation for anyone who wishes to have a signed copy for themselves  or as a gift to others of this beautiful and amply illustrated book, including cartoons, paintings, and rare photographs of this 89 year old bridge being built.